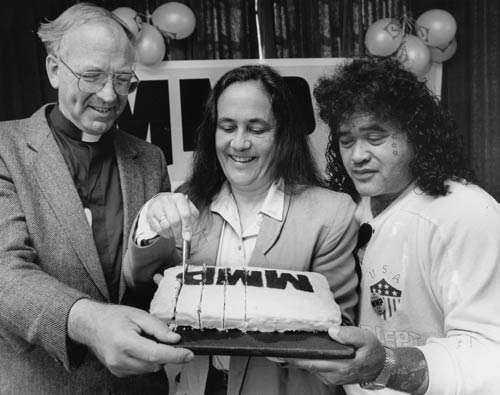 The campaign to change the country’s voting system from first-past-the-post to MMP (mixed member proportional representation) was mounted by people who wanted a Parliament which was more responsive to different interest groups. The aim was also to curb the domination of the House by a majority party. These supporters of the movement, shown cutting an MMP cake, are (from left) Anglican clergyman Richard Randerson, author Patricia Grace and Black Power president Rei Harris. In a 1993 referendum, New Zealand voters supported the change.

Seating in the House of Representatives

Cartoon from the MMP campaign