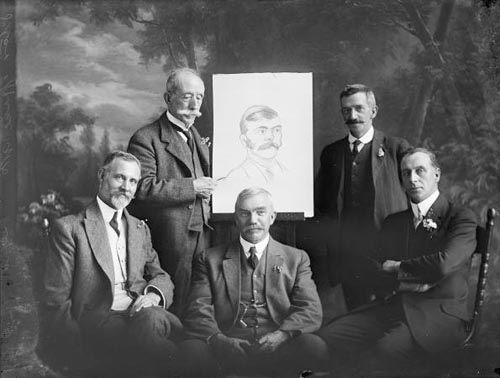 Signing himself 'Blo', for over 40 years William Blomfield produced vivid, sometimes controversial cartoons for the New Zealand Observer, an Auckland weekly newspaper in which he had substantial shares. Surrounded by fellow staff, Blomfield sits under what looks like a cartoon of himself when young.