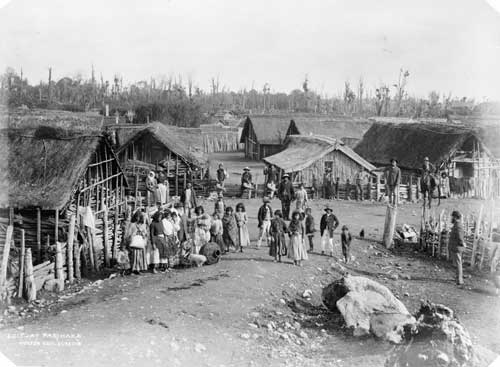 The Māori settlement of Parihaka, surrounded by lahar mounds inland of Cape Egmont, was established by Te Whiti-o-Rongomai and Tohu Kākahi in the late 1860s. After government survey teams moved onto the land north of the Waingongoro River, the people of Parihaka began a campaign of passive resistance in 1879, erecting fences across road lines and ploughing Pākehā farmers’ paddocks. So many were arrested and held without trial that an embarrassed government decided to take military action.