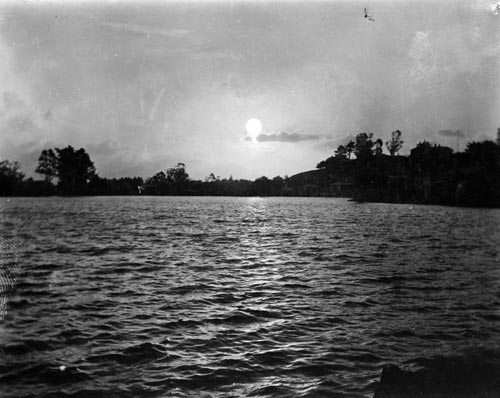 This swamp in eastern Kingsland, Auckland, about 1907, is the site of New Zealand’s premier rugby and cricket ground, Eden Park. At the time the swamp’s most notable feature was the luxuriant cabbage trees around the shore – hence its name. In the winter rains the swamp became a lake, so it was only usable for games in the summer. The first sporting tenant was the Kingsland Cricket Club, which leased the area in 1902.

this property belongs to my