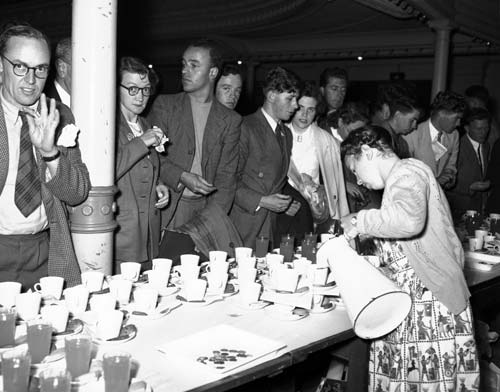 In the 1950s coffee was an occasional drink for special occasions and tea the near-universal drink, morning, noon and night. At this social function in the 1950s, tea is being poured from large jugs into cups set out ready for the rush for refreshment. This was also how tea was dispensed in the railway refreshment rooms of the time. By the 1990s coffee had increased enormously in popularity.