The code of social and family responsibility 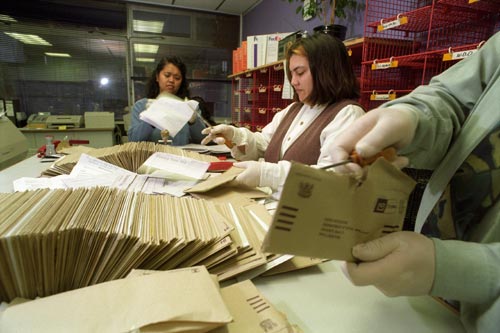 Copies of a publication called 'Towards a code of social and family responsibility' were sent by the National government to every household in New Zealand in February and March 1998. The code included best practices for childcare, health, money management and employment, and focused on responsibilities within households. Questionnaires were included. These Social Welfare staff are opening piles of envelopes containing responses on the closing date for submissions. They are wearing rubber gloves because some of the envelopes contained what Social Welfare spokesperson Michael Player described as 'offensive matter'. Over 94,303 questionnaires were received and processed, but the government stated that it was not possible to draw any clear conclusions from these replies. The code was eventually abandoned.