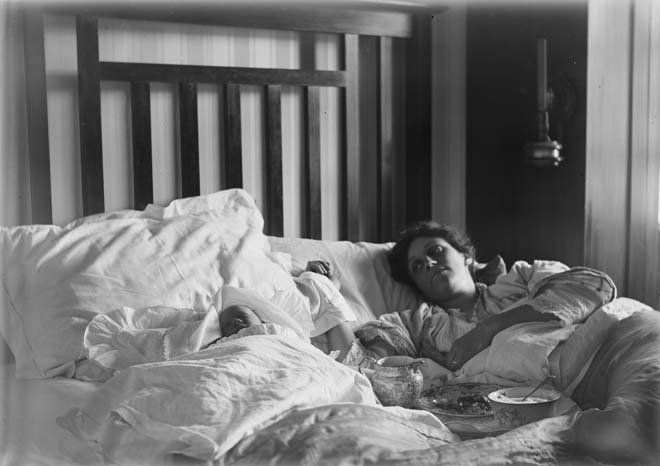 Maud Adkin lies in bed with her new daughter Nancy in 1916. The photo, taken by Maud's husband, photographer Leslie Adkin, is remarkably relaxed for a period when photos were generally more formal. It captures Maud Adkin's weary repose and peaceful contemplation of her daughter. In the 19th and early 20th centuries most women gave birth at home, assisted by midwives and sometimes doctors. The midwives often stayed for a few days before and after the birth to do household chores and care for the baby. Women who used doctors engaged nurses to do this work.