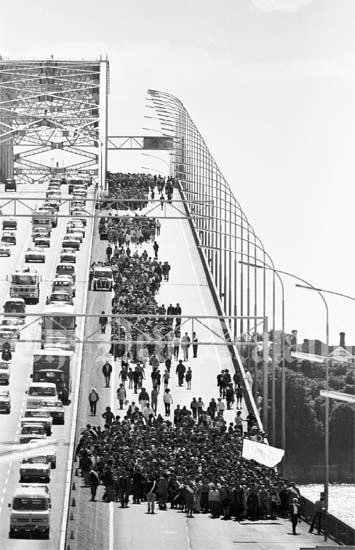 This 1975 protest march, led by Whina Cooper, began at Te Hāpua in the far north and made its way down through the North Island to the steps of Parliament in Wellington. The primary aim was to call for a halt to the alienation of Māori land; however, its impact was much wider.