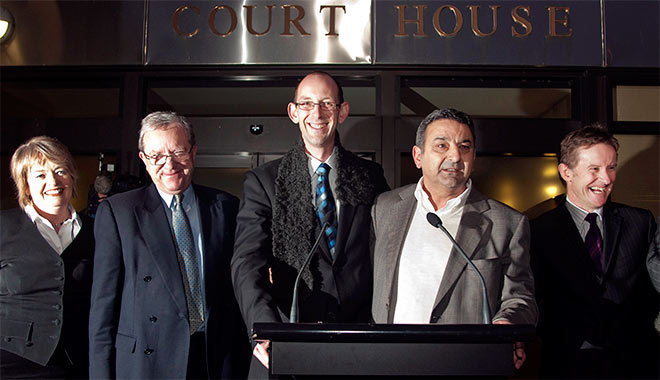 David Bain was convicted of the murder of his mother, father and three siblings in 1995. The conviction was controversial, and Bain attracted a loyal band of supporters who publicly proclaimed his innocence. After Bain appealed to the Privy Council in 2997, a re-trial was ordered, and he was acquitted in 2009. This is Bain (centre) after his acquittal, flanked by his defence counsel, Michael Reed QC (left), and his main supporter, Joe Karams (right)