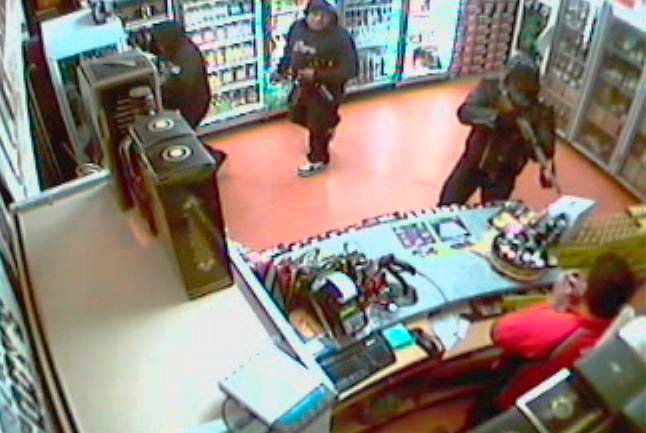 A video security camera captures the face of one of the armed robbers involved in the murder of Navtej Singh, a Manurewa liquor-store owner and father of three, on 7 June 2008. Seven men were charged with offences relating to the murder. This fatal armed robbery prompted deep concerns in the community about the safety of residents, especially small shopkeepers. Anitelea Chan-Kee, 22, was found guilty of Singh's murder in March 2010. He had earlier admitted to aggravated robbery. One of the men arrested was discharged and the other five either admitted charges of aggravated robbery or were found guilty of these charges. A spokesperson for Singh's widow, Harjinder Kaur, said that she was shocked that only Anitelea Chan-Kee had been convicted of murder.