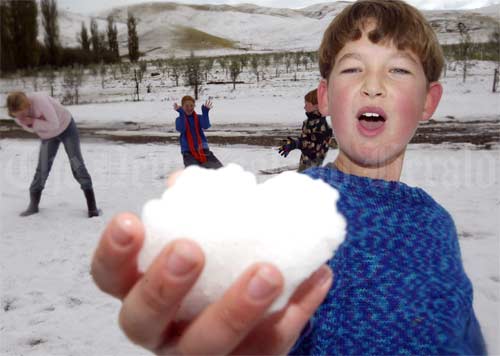 Snow is rare in the low-lying areas of the North Island. Occasionally an especially cold stream of air is drawn up from Antarctica, bringing snow to low levels, but it normally melts in a few days. Although the North Island has a small permanent snowfield above 2,500 m on the central plateau, the snow line rarely descends below 600 m in winter. In the southern South Island snow usually falls to within a few hundred metres of sea level about twice each winter. In general it is only above 1,000 m that winter snows can be persistent. The snow line on the Southern Alps is about 2000 m in summer.