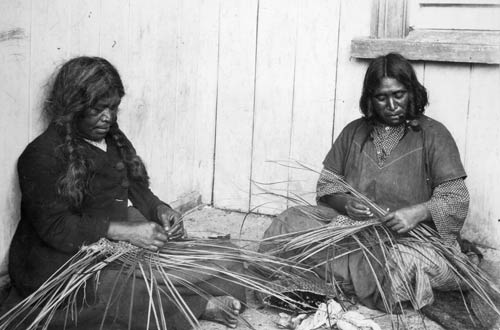 Baskets (kete) are woven from New Zealand flax (Phormium tenax) at Jerusalem on the Whanganui river, 1921. The Greek word phormium means basket, an item that Māori traditionally wove from flax. Kete have a host of uses, from storing food to carrying sacred cloaks and greenstone. A fine weave known as kete whakairo is highly regarded because of the skill and knowledge of the craftsperson. Weaving also has a spiritual aspect – an ancient Polynesian belief, shared by Māori, holds that artists are mediums through which the gods create.