Hunted to extinction (1st of 3) 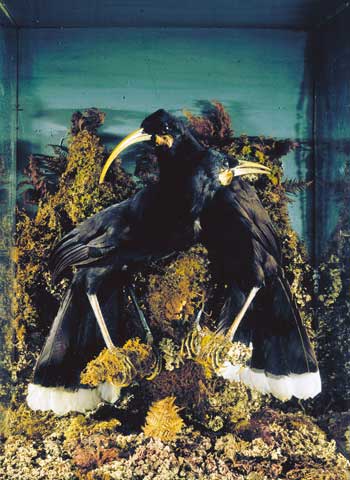 Before the arrival of Europeans, the huia (Heteralocha acutirostris) was already a rare bird, confined to the mountain ranges of the lower North Island. Its blue-black plumage was similar to the tūī’s, but the white-banded tail feathers were unique among endemic birds and were prized by Māori. A European craze for huia feathers led to increased hunting, and by the 1920s this beautiful bird was extinct. Hunting hastened the demise of a species that was already declining as a result of habitat loss and predation by rats, cats and stoats.