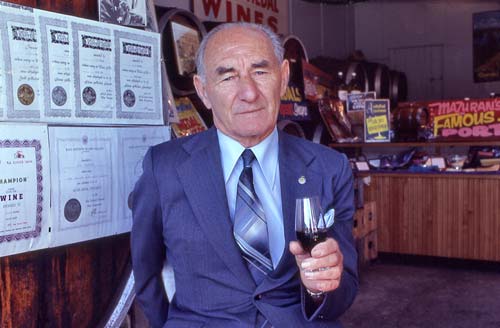 George Mazuran, a Henderson winemaker in the 1950s, hated red tape. Local compatriots tended his grapes, allowing him to study the legalities of the wine scene in New Zealand and Australia. As his influence slowly grew, petty laws were quashed. His sway was such that he was described as ‘the eighty-first member of Parliament’.