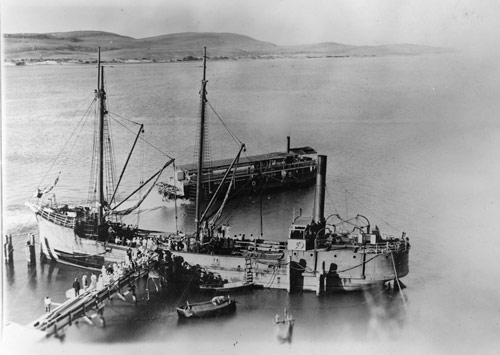 Passengers board a coastal steamship, Pioneer, from which they will then embark on the paddle steamer Manuwai, at Port Waikato, probably in the 1920s. For nearly a century from the 1860s coastal ships travelled to the Waikato Heads, mainly from Auckland’s Manukau Harbour. At Waikato Heads passengers and cargoes would be transferred to shallow-draught river steamers and carried up the Waikato and Waipā rivers to their destinations. Along the riverbanks were many small jetties and landing places.