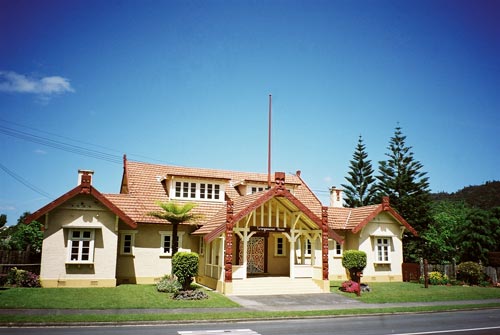 Tūrangawaewae House was built as a parliament house for the Kīngitanga (King movement) and opened at Ngāruawāhia in 1919. It was rarely used for parliamentary gatherings, however, and later housed a health clinic, the Māori Land Court, and the Tainui Maori Trust Board. It was refurbished in the 1980s. The building is a fusion of Arts and Crafts and traditional Māori architectural styles. It contains some important carvings and painted interior details, and has strong associations with Kīngitanga leaders, notably King Tāwhiao, King Te Rata, and Te Puea Hērangi.