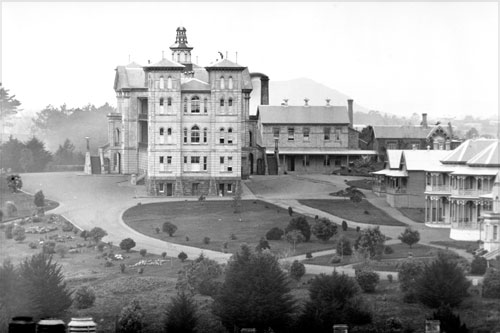 By the turn of the 20th century there were a number of different buildings in the Auckland Hospital complex. The large building (centre left) is the main hospital, which was built between 1875 and 1877. The single-storey double-gable building facing the path (right) is the fever ward. Next to that are the Costley wards, which opened in 1898 and accommodated the children's ward, and the nurses' home (1890).