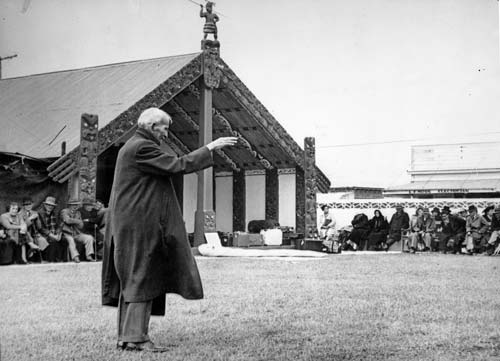 Sir Āpirana Ngata, politician and Ngāti Porou kaumātua, is shown giving a whaikōrero (speech) at the centennial celebrations of the opening of the original Rangiātea church in Ōtaki, in 1950. This was one of Ngata's last public appearances, as he passed away at Waiōmatatini, north of Gisborne, a few months later.

Story by Rawinia Higgins and Paul Meredith, published 5 May 2011