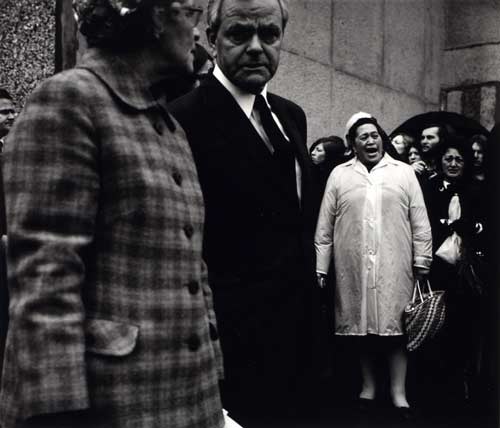 A waiata tangi (ritual chant of mourning and farewell) is heard during the funeral of Prime Minister Norman Kirk in 1974. Kirk's funeral took place at St Paul's Cathedral, Wellington, and not in a Māori setting. However some features of the ceremony were traditionally Māori. They marked the respect that Māori held for Kirk, and an increasing trend of introducing Māori customs into mainly non-Māori ceremonial occasions.