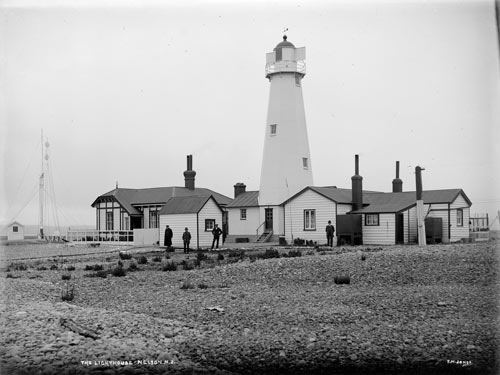 A lighthouse was erected on the Boulder Bank – the natural breakwater that protects Nelson harbour – in 1861 by the Nelson Provincial Council. It was the second permanent lighthouse in New Zealand. The tower, 18.3 metres high, made of cast iron imported from Bath, England, was lit for the first time on 4 August 1862. The lighthouse was decommissioned in 1982, but remains popular with tourists.