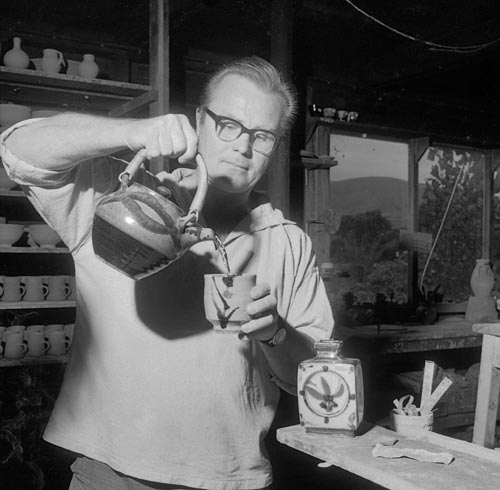 Mirek Smisek, originally from Czechoslovakia, arrived in New Zealand in 1951 after a few years in Australia. After working at Crown Lynn Potteries in Auckland he shifted to the Nelson Brick and Pipe Company and became its manager in 1954. He left there in 1957, building a studio in Stoke where he worked as a potter. From 1958 he also taught at the Nelson Technical School. Smisek became one of the country’s first full-time professional potters. He moved to Te Horo on the Kāpiti Coast in 1969, living there until his death in 2013. Nelson is endowed with fine clays and glaze materials which continue to be used by potters.