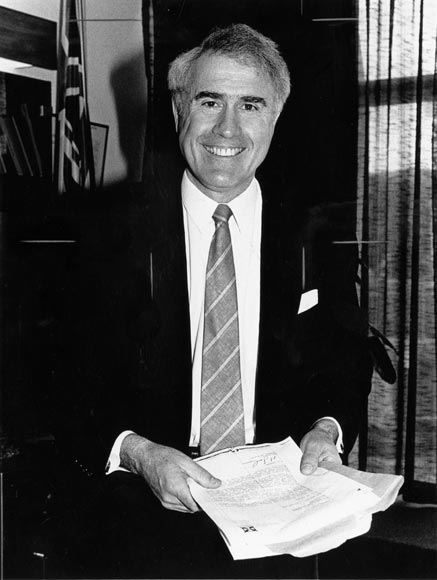 Geoffrey Palmer is seen here on 8 August 1989, the day that Labour’s caucus voted him in as prime minister following David Lange’s resignation. Originally from Waimea West, he was schooled in Nelson and became deputy prime minister in 1984. Palmer set up the royal commission that recommended adoption of the Mixed Member Proportional (MMP) voting system, and did major work drafting the Bill of Rights Act 1990 and the Resource Management Act 1991.