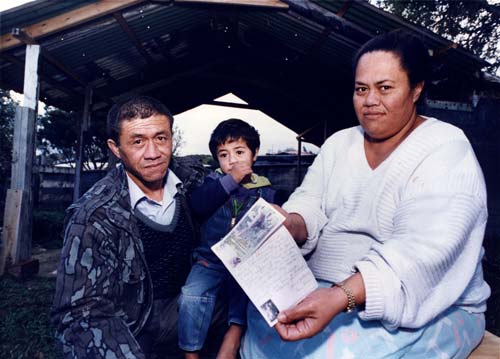 Mirie and Livi Finau and their son Filipo, aged three, show off a letter and a $50 donation sent to them in September 1995 after the Evening Post reported that they had tried to save money on their power bills by cooking outside on an umu fire. In 2008 Pacific families were over twice as likely as European families to say they did not have enough money to meet their daily needs.