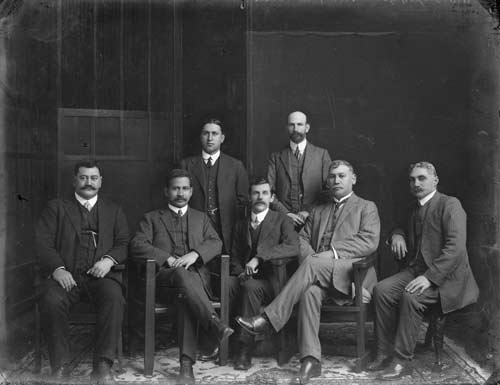 The members of Parliament who have been identified in this photograph are (front from left) Māui Pōmare, Āpirana Ngata, and (fourth in row) James Carroll. They played important roles in the Young Māori Party, a 20th-century Māori organisation which sought to improve the well-being of Māori through political action.