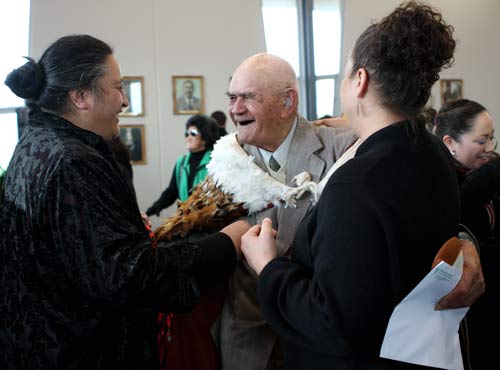 James Rawiri delivered his first speech in Māori in 2010, at the age of 84. Rawiri, a Tainui kaumātua, spoke only Māori until the age of seven but lost the language during his years at school. In 2007 he began studying at the Māori tertiary institute Te Wānanga o Aotearoa, taking courses designed to address the decline in the numbers of Tainui kaumātua who were knowledgeable in their language and traditions. In July 2010 Rawiri and 20 other kaumātua became the first graduates of the three-year programme. He said the course had made him realise 'just how important Māori will be to the future generations, and I am certain that our tamariki [children] and mokopuna [grandchildren] will be richer for knowing what came from our tīpuna [ancestors].'