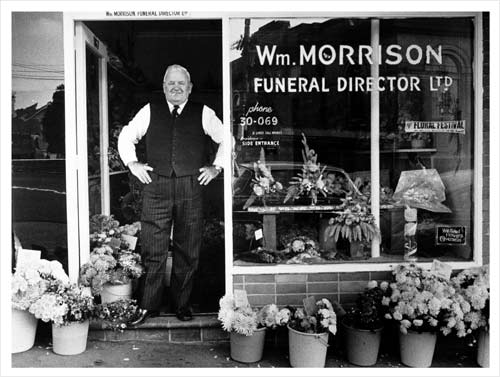 William Morrison poses in his shirtsleeves at the door of his funeral parlour and florist business at 367 Parnell Road, Auckland, probably in the 1970s. Morrison set up the funeral parlour in 1921 and his three sons, John, Roger and David, later joined him in the business. Morrison Funerals has grown from William's small funeral parlour to two large establishments in Henderson and Glenn Innes. The new funeral homes incorporate a chapel, a reception lounge, a florist, viewing rooms, casket selection rooms and reception facilities for gatherings after funeral services.