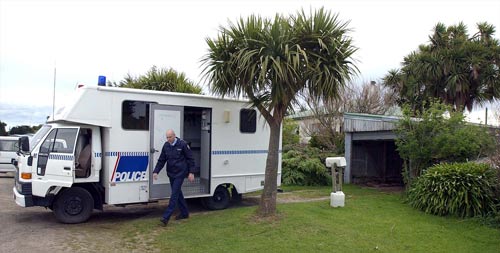 23-month-old Iris Davidson died as a result of non-accidental injuries in 2002. Her mother was charged with manslaughter, wilful ill-treatment and wilful neglect, and her two flatmates were also charged in relation to Iris's death. The jury found no one guilty of Iris's manslaughter, but found the mother and one of her flatmates guilty of wilful neglect. The coroner, Jim Conradson, said during the inquest that Iris's injuries were caused by at least one of the three defendants. A lack of information made more specific findings impossible. This is a police van outside Iris's house near Dunedin.