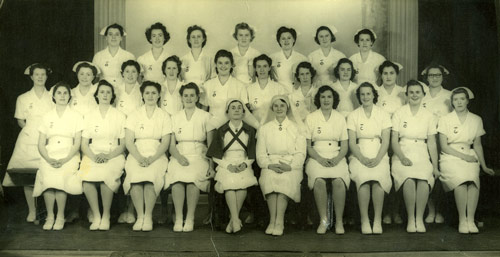 These dental nurses were among the first to train at the new Dominion Training School for Dental Nurses which opened in upper Willis Street, Wellington, in 1940 and operated as a dental clinic until 1992. In their second year, these students worked at 260 Tinakori Road, Thorndon, which was the residence of New Zealand premiers from 1867 to 1937, before it became a dental clinic. The house was restored in 1990, and in the 2000s was once again the prime minister's residence in Wellington.