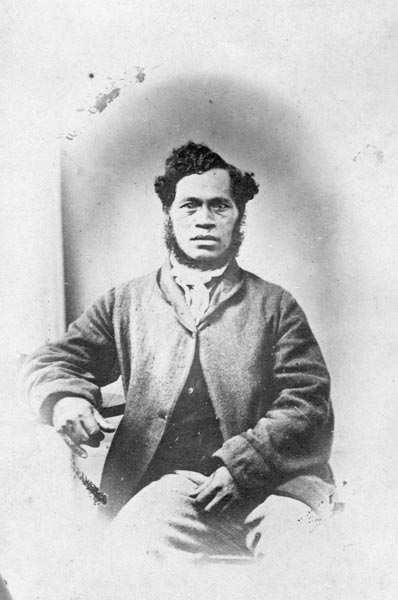 Rota Waitoa, the first Māori clergyman of the Anglican Church, was baptised by the missionary Octavius Hadfield at Waikanae in 1841. The Anglican community leader Lady Martin described him as 'a broad-shouldered, broad-faced, merry-looking lad, with something of the African type of features' (Ann Martin, Our Maoris. London: Society for Promoting Christian Knowledge, 1884, p. 175). After his ordination in 1853, Waitoa became a minister at Te Araroa on the East Coast, in a period when Māori were losing faith in European missionaries. He opposed Pai Mārire and the Māori King movement, and took part in warfare against their followers on the East Coast in 1865.