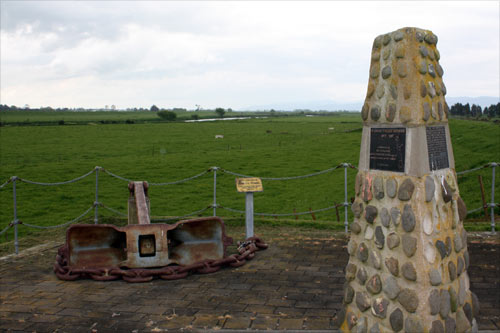 The Waihou Valley flood control scheme was carried out between 1972 and 1997. The river was prone to flooding, particularly below the junction with the fast-flowing Ōhinemuri River, at Paeroa. The scheme was designed to put an end to flooding, as experienced in 1981 and on many earlier occasions. This monument commemorating the completion of the scheme is situated on the northern outskirts of Paeroa.