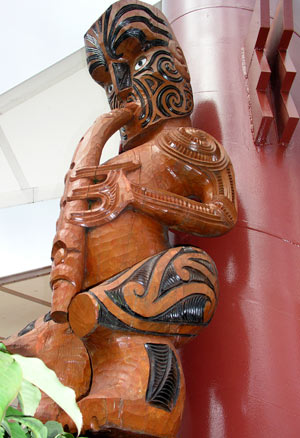 A carved figure of Tūtānekai plays his kōauau (flute) in the centre of Rotorua. Though of high rank, Tūtānekai began life as a pōriro (illegitimate child), after his mother Rangiuru had an affair with a visiting chief, Tūwharetoa. Ultimately, Whakaue, Rangiuru's husband, accepted Tūtānekai and raised him as a whāngai.