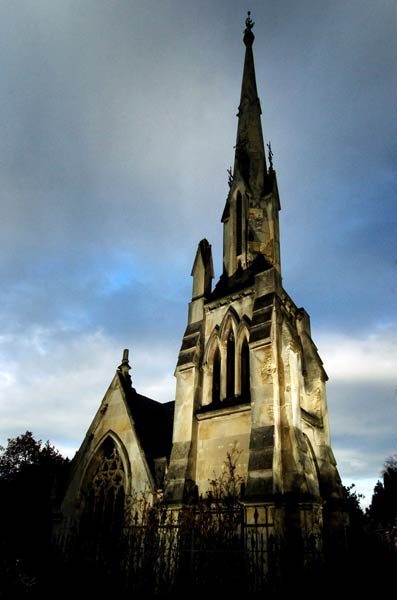 William Larnach, a businessman and politician, died intestate when he took his own life in 1898. The value of his estate was not large compared to what it had once been, but his family disagreed over the distribution of his property and engaged in court action. This mausoleum, in Dunedin's Northern Cemetery, was built by Larnach after his first wife died in 1881. It contains the remains of Larnach, his three wives, his daughter Kate and son Donald.