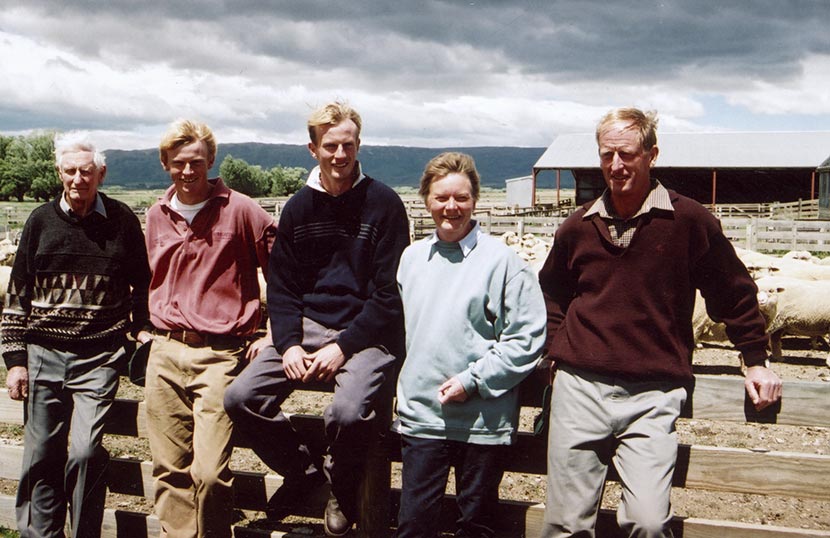 Diamond Hill in the Maniototo district of Otago has been a family farm since the early 20th century. It was first farmed by the Scott family and then passed to George Scott's nephew, Keith Paterson, in 1957. In the early 21st century Diamond Hill was farmed by Keith's son Stuart and his wife, Julie, along with their married son, Mark. Three generations of the Paterson family are represented in this photo – from left, Keith, Mark, Geoff, Julie and Stuart Paterson.