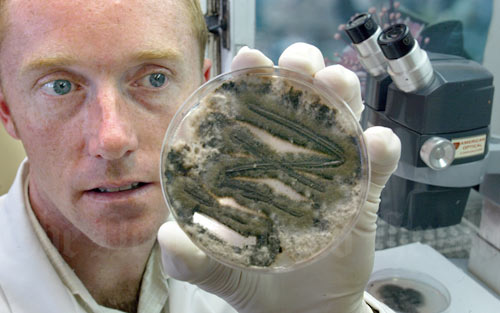 The Building Act 1991, which was less prescriptive than earlier legislation, allowed the use of untreated farming timber in new buildings. In some the cladding was poorly weatherproofed and the timber rotted. Leaky buildings were also associated with high levels of damp, mould and fungus. Microbiologist Nick Waipara is pictured with a culture of Stachybotrys chartarum, a toxic fungus commonly found in leaky buildings. This fungus has been associated with ill health in animals and people, and also causes further deterioration of wet timber.