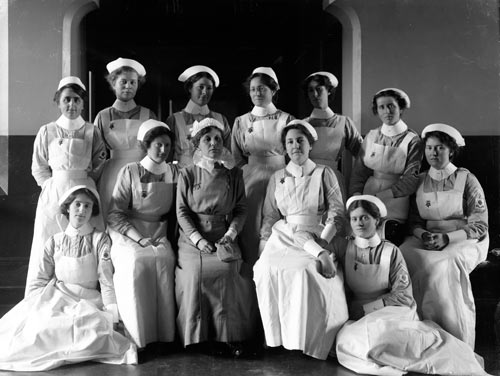 Women’s involvement in health matters took many forms in the 19th and early 20th centuries. They were generally responsible for the health and home nursing of family members, and many alternative practitioners were women. From the later 19th century, women increasingly took over hospital nursing, and began to train as doctors. Shown here are nurses at Christchurch Hospital in 1913.