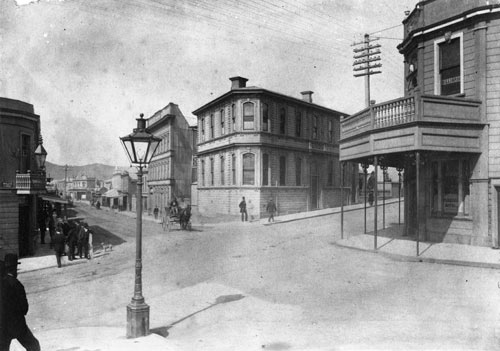 Between the 19th and mid-20th centuries most doctors practised from their homes, in rooms allocated for this purpose. The building in the centre of this photograph, on the intersection of Willis and Manners streets in central Wellington, was the home and surgery of Doctor Harding. The area, particularly Willis Street, was thickly populated with doctors' homes and surgeries into the 20th century. In 2011 a bar called The General Practitioner traded on the spot from which this photo was taken.