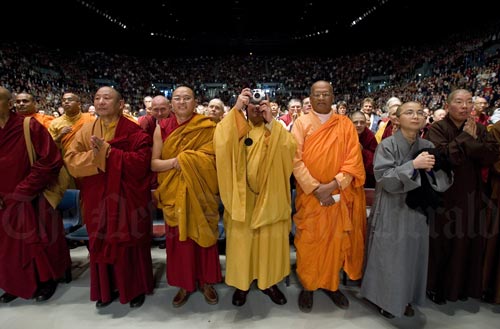 These excited Buddhist monks are waiting for their spiritual leader, the Dalai Lama, at Auckland's Vector Arena (now Spark Arena) in June 2007. A capacity crowd of 10,000 filled the arena to hear the exiled Tibetan leader speak. During his 2007 visit the Dalai Lama met with Sir Edmund Hillary, a close friend for many years.