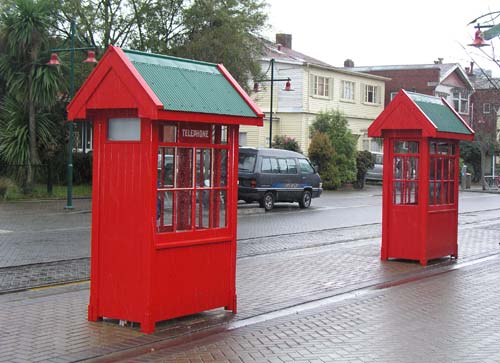 Many New Zealanders are sceptical of the competence of bureaucrats in government departments or state-owned enterprises. In 1988 a Christchurch personality, the Wizard, became incensed when Telecom (which had just taken over running the country’s telephone service from the government Post Office) decided to paint the country’s traditional red telephone boxes pale blue. People on both sides of the debate wielded paint brushes until public opinion forced Telecom to admit defeat. The Wizard’s victory was a hollow one, as the traditional telephone boxes were soon replaced by metal and plastic pay-phones – most of which went by the wayside a decade later as mobile phones became popular in the early 2000s. These red phone boxes survived in Christchurch in 2004, a testament to the Wizard’s determination.