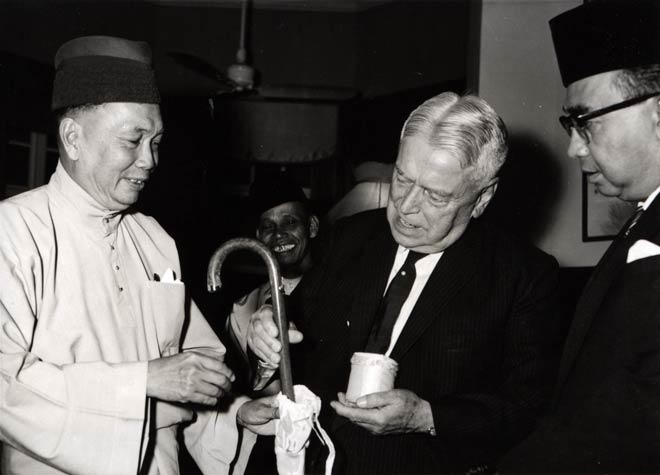 In June 1960 Prime Minister Walter Nash visited Malaya (later Malaysia) to show support for New Zealand forces fighting to defeat the communist guerrilla campaign – a conflict known as the Emergency. Nash was received by His Majesty the Yang di-Pertuan Agong (left) at the Istana Tetamu in Kuala Lumpur, where he was presented with a silver cigarette container and a walking stick. On the right is the deputy prime minister of Malaya, Tun Abdul Razak bin Hussein.