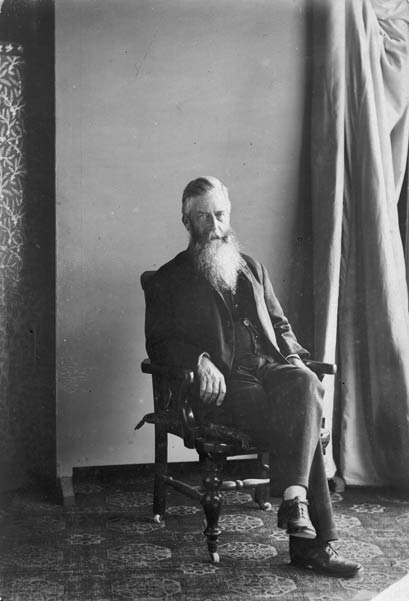 Taranaki politician Harry Atkinson, seen here about a year before his death in 1892, led four governments between 1876 and 1891. Pragmatic, and more liberal on some issues than his usual label as a conservative suggests, he was a stabilising force in politics until late 1890, when in the gap between losing the election and Parliament reassembling, he persuaded new Governor Lord Onslow to appoint him and other conservatives to the upper house. From there they would savage the next government’s reform programmes until the British government reminded Onslow’s successor of his constitutional obligation to follow ministers’ advice and place the new government's appointees in the upper house too.