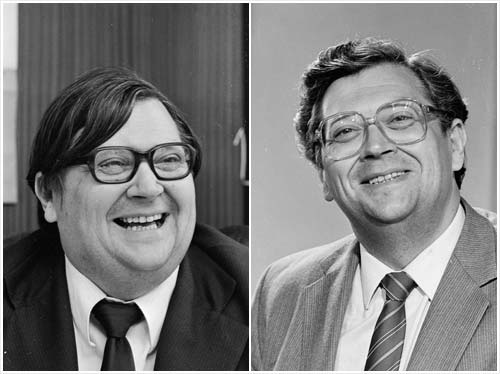 Long before extreme makeovers infested prime-time television, prime ministerial wannabes began to tweak their images to accommodate the new medium. David Lange’s change was the most drastic. In 1979 (left) Lange was a large man sporting clunky spectacles and unflattering suits. By 1984 (right) surgery had slimmed him down considerably, and his dress sense had improved too. Lange later denied that it had anything to do with image management. ‘When I was a heap I did well in politics.’