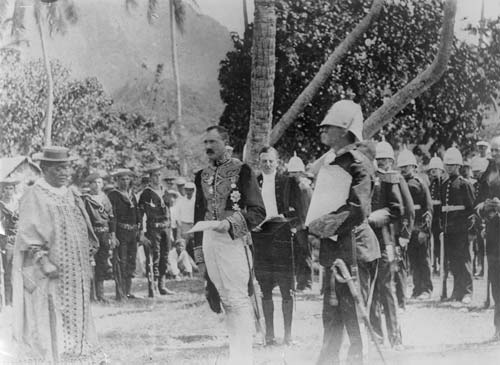 In 1900 New Zealand annexed the Cook Islands. In this photograph, Cook Islands Queen Makea and British Resident Walter Gudgeon listen to the Governor of New Zealand, Lord Ranfurly, reading the annexation proclamation. In the background are British bluejackets and marines. From the 1880s islands within the Cooks group had been part of a British protectorate. Annexation meant that the boundaries of New Zealand were extended to include the Cook Islands, which were administered from Wellington until 1965. They then became self-governing in free association with New Zealand.