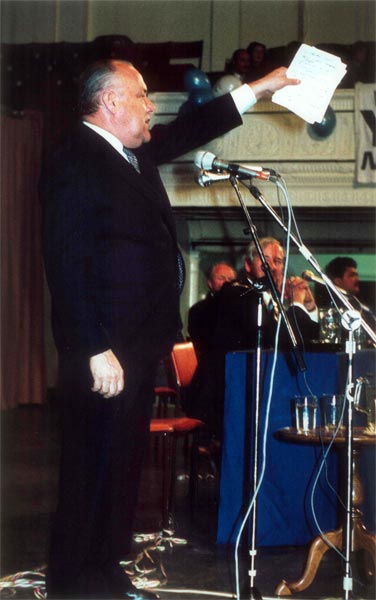 Prime Minister Robert Muldoon speaks at the Wellington Town Hall during the 1981 election campaign. He was an accomplished campaigner and performed well in large public meetings, which were more lively and less stage-managed than they became in the early 2000s. While such meetings often attracted protest elements, Muldoon adeptly silenced hecklers with acerbic retorts and witty one-liners.