The 'mother of all budgets' 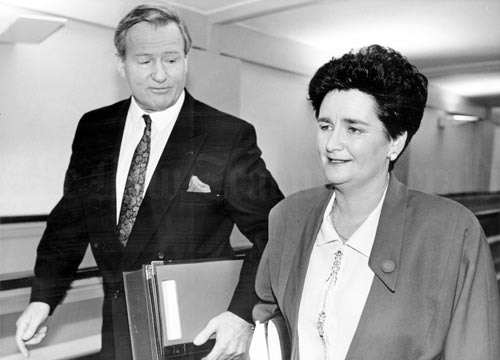 Prime Minister Jim Bolger and Finance Minister Ruth Richardson make their way to the House of Representatives for the presentation of the 1991 budget. Richardson was from the radical wing of the National Party, which promoted individual liberty and small government. This was reflected in the budget, which severely cut government spending, including on welfare. Richardson proudly proclaimed her plan as the 'mother of all budgets', but such was its unpopularity among voters that it – along with high levels of unemployment – nearly cost National the next election.