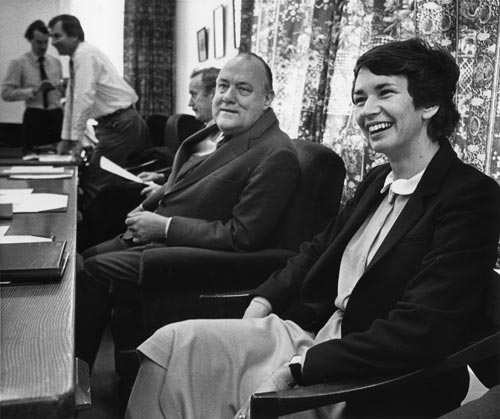 Sue Wood was elected the National Party's youngest – and first woman – president in 1982. She had formerly worked as the secretary of the party's Epsom branch and had also served as woman vice-president. Wood's intellect and enthusiasm won her much respect in the party. Her focus on rebuilding the party's right-wing base and rejuvenating the caucus irritated some – including party leader Robert Muldoon, to her right in this image – but her attempts to strengthen the links between executive and caucus were generally welcomed. Here Wood attends her first caucus meeting after her election.