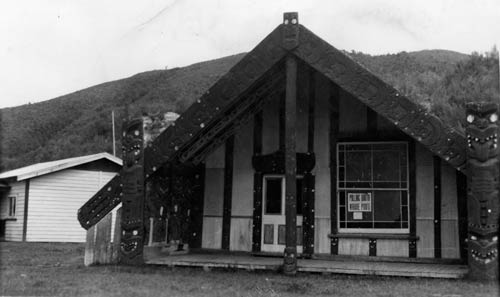 The meeting house at Te Whāiti in the Urewera served as the community's polling booth during the 1930s, when this photo was taken. A sign in the window reads 'Polling Booth Whare Pooti'. Te Whāiti was then in the Eastern Māori electorate. From 1905 until 1943 this seat was held by the East Coast leader Apirana Ngata. In 1996 the electorate was renamed Te Tai Rāwhiti, and in 1999 it was largely replaced by the Waiariki electorate.

Māori on the general and Māori electoral rolls