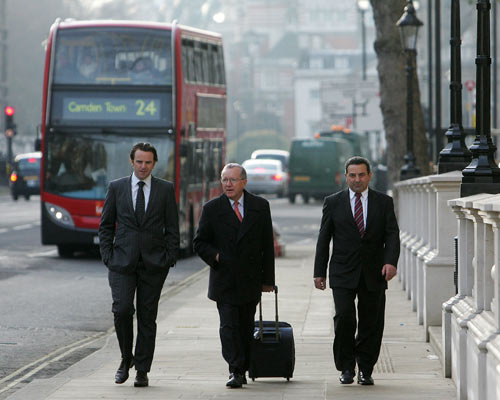 Michael Reed QC (centre), lawyer for David Bain, walks along a London street with Bain's supporters Joe Karam (right), and Karam's son Matthew (left) in December 2008. Bain had been convicted of murdering five members of his family, and this group was on their way to the Privy Council to appeal against Bain's conviction – successfully, as it turned out. The Bain case was taken to the Privy Council even though the Supreme Court was established as New Zealand's final court of appeal in 2003. Cases judged before January 2004 remained eligible for a Privy Council hearing. In 2013 convicted murderer Mark Lundy also took an appeal to the Privy Council.