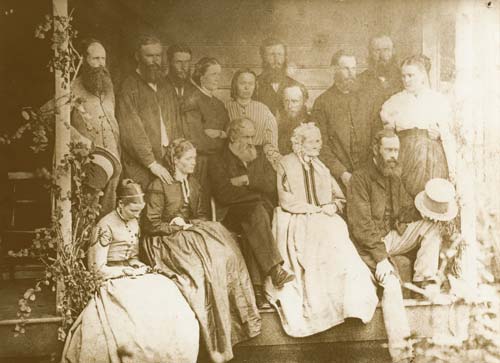 The missionary George Clarke and his wife Martha are shown seated in the centre of this photo, surrounded by their 13 children, in about 1868. The couple and their first son, also named George, had arrived in New Zealand in 1824. In 1840 Clarke took the post of first protector of aborigines (Māori). George junior worked for his father as one of several sub-protectors from 1842 until 1846, when the protectorate was abolished by a new governor, George Grey.

Re-enacting the signing of the Treaty of Waitangi