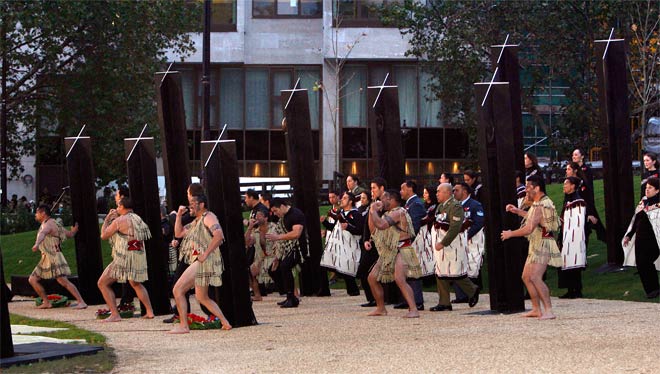 This memorial was opened at Hyde Park Corner, London, on 11 November 2006 to commemorate the relationship of New Zealand and the United Kingdom. It featured representations of New Zealand flora and fauna, including the fern. Six of the bronze standards were arranged in the shape of the Southern Cross constellation and its two 'pointer' stars. At night the tops of the standards are illuminated to resemble the stars pointing southwards. The Southern Cross, the dominant symbol on the New Zealand flag, was also used on the tomb of the unknown warrior, which was opened in 2004 at the national war memorial in Wellington.