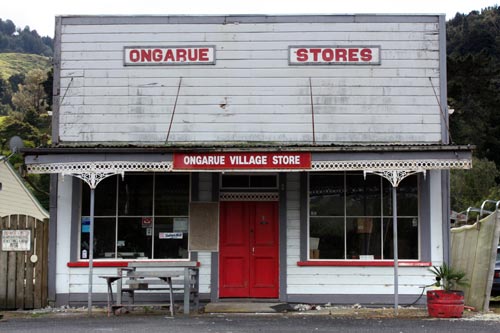 Ōngarue is a railway settlement, founded after the main trunk line reached the area in 1901. Sawmilling and farming were the lifeblood of the township, and an Ellis and Burnand sawmill operated there between 1912 and 1966. By the late 1960s the village store was the last business still open, but it, too, closed in 2003. The building is a reminder that Ōngarue was once busier than it is in the early 2000s.

This is an awesome place for

This is an awesome place for Photo's , and show some of yesterday in real time. Should be maid a national conservation site.